About ten months ago, I decided to quit watching pornography.

I got the initial idea after watching this ted talk. It occurred to me that not once have I stopped to examine a practice that has been habitual since age thirteen. Suddenly, I was curious: How has this seemingly innocent behavior been affecting my life? How has it affected my attitude towards women? I decided the next day to quit cold turkey and found the results to be positive enough that I never plan to revert back to watching it regularly. 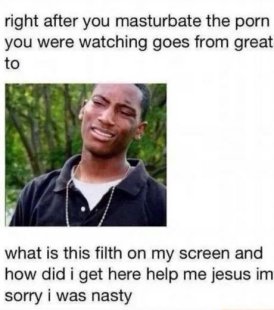 One of the most fascinating and principal reasons that pornography is so addicting is due to the Coolidge Effect. The Coolidge Effect refers to males’ ability and interest in fertilizing as many new and willing females as possible. It has been observed in mammals such as rats, rams, bulls, and humans. It is why farmers can keep a single ram on the farm to satisfy all the sheep; as long as the female is varied, the male can go all day.

For many people, pornography heightens social anxiety and apathy towards meeting new partners. This could be because the women you meet in real life don’t look like the women you have slowly but surely become attracted to (your preference for film stars). Or perhaps you didn’t notice that you haven’t approached a woman or fantasized about approaching a woman in quite some time—exceptions being when you’re blackout drunk. This is because pornography contributes to social anxiety. It makes us less interested in the real world women that are around us and less equipped to deal with real-world scenarios of meeting women, as well as maintaining a healthy relationship with them.

When I originally decided to give up pornography, I told myself I would try it for three weeks and note the results. Those three weeks were by far most challenging and filled with some intense cravings. A few times I found myself opening up an incognito browser only to be saved by a shitty Wi-Fi connection that allowed me to reevaluate and close out the tab.

But what I found to be true after the first few weeks was that I could abstain longer. In fact, I wanted to. I felt more energized, attentive and eager to learn—that month I started taking piano lessons, began to lucid dream, and even attended some yoga classes. Thus, three weeks turned into one month, which became several months.

*I should add that as the months progressed, there were admittedly sometimes that I relapsed. Luckily, the goal isn’t perfection or sainthood it’s improvement.

Ralph Waldo Emerson said, “Once you make a decision, the universe conspires to make it happen”. Whether you believe ‘the universe’ refers to a higher power or simply your own willpower, it is true we act to uphold our decisions. Interestingly, a way to strengthen this willpower is to tell your friends and family of your intentions. Telling my friends my plan unquestionably made it easier for me to quiet my nighttime urges and justify my abstinence.

Like many, I have struggled with intimacy and commitment in the past. I’ve found by far the greatest benefit I’ve conceded since quitting pornography is my issues with intimacy have improved remarkably. I am better at noticing things and paying attention. Commitment does not scare me nearly as much as it used to.

For those who are interested in quitting or just self-experimentation, try to see if you can make it three weeks—a mere twenty-one days out of your life. Consider telling your close friends your plan so you feel even more motivated. After three weeks, note how did you feel? Did you have more energy? Did you finally make your intentions known with someone? Did you appreciate your girlfriend’s smile or her unique blemishes? Do you feel less like a douchebag and more like a compassionate human being?

If you answered ‘yes’ to any of the above, great! You can easily make it a month if you choose. Remember, they don’t want you to succeed. But you can do it. You is smart, you is important, you is beautiful.